At Beneficio Don Esteban. Photo courtesy of the Alliance for Coffee Excellence.

The Los Favoritos Auction, part of the ACE Private Collection Auction series, will be offering coffees from Nicaragua and Honduras on a May 18. The Mierisch family, which has been farming coffee in Nicaragua since 1908, will also be offering coffees grown in Honduras following the family’s success in the Cup of Excellence program.

The Los Favoritos auction began in 2013 with the Alliance for Coffee Excellence to showcase the coffees produced by Fincas Mierisch, and it returned in 2021 after a five-year hiatus. Fincas Mierisch has nearly a dozen coffee farms in Nicaragua and Honduras.

The second 2023 US Coffee Championships qualifier will take place in Denver on March 3-5. The first qualifier is taking place in Baltimore at the end of this month. The top competitors will compete at the championship in Portland in April. Half of the spots for Denver will be chosen by a weighted lottery, and the other half will be filled by open registration.

Oatly and Ya YA Foods Announce Partnership

Popular oat beverage brand Oatly and manufacturer Ya YA Foods Corp. have announced a long-term partnership in North America, Benzinga reports. The agreement means that Ya YA Foods will co-pack Oatly’s proprietary oat base after it’s produced at Oatly’s Utah and Texas facilities. Ya YA foods will also take over the leases of the facilities. According to Bloomberg, Oatly has faced persistent product shortages.

The Good Food Foundation has announced the finalists for its 2023 awards, with 28 finalists in the coffee category. The coffee finalists span 16 states, from Bird Rock Coffee Roasters in California to Bard Coffee in Maine. The winners will be announced April 21 at a ceremony in Portland, Oregon. The awards aim to recognize companies that are leading their industries with an eye on social and environmental responsibility.

Three months after introducing “specialty instant espresso,” Blue Bottle Coffee has created a robusta blend. that the company brazenly says will stand to “question everything the world believes about the robusta species.” The 12-ounce bag, available for $25 pre-shipping, includes a blend of Latin American and African arabica coffees combined with some robusta sourced from Vietnam. Said Blue Bottle, “Through visionary coffee blending, meticulous and adaptive roasting, and explorative sourcing, we created a blend that redefines robusta.” The company has previously offered a robusta blend called 17ft Ceiling, which it marketed as “like flipping through The New Yorker — edifying without being overly taxing.”

CULT Food Science Corp., an investment company focused on cell-based foods, has announced a new products division called CULT Foods. With a focus on making cell-based products a part of daily life, the division aims to develop and commercialize such products. The move includes the launch of Zero Coffee, a sparkling coffee beverage made with cell-based coffee.

The International Trade Centre‘s Coffee Guide is now available in Portuguese, making the book available in four languages, including English, French and Spanish. The book was first published in Spanish last July. The guide is accessible online and free.

Neumann Kaffee Gruppe has announced personnel changes in its trading companies. Christian Bothe, who has been with NKG for more than 10 years, is the new CEO of Bernhard Rothfos. Inacio Teixeira is the new CEO at InterAmerican Coffee. Neumann Gruppe COO and Board of Management member Pablo Garcia is also retiring after 40 years. Late last year, Neumann Kaffee Gruppe rejoined the Global Coffee Platform, a nonprofit organization designed to promote sustainability standards among many of the world’s largest coffee companies.

The National Coffee Association has announced that the online webinar U.S. Coffee Outlook 2023 will be held Jan. 25 at 1:00 p.m. Eastern time. Matthew Barry of Euromonitor International will discuss the future of the coffee industry for professionals and those interested in the market. Registration is now open for members.

Amid a wave of unionization efforts hitting the coffee market across the United States, workers at some Blank Street Coffee locations in New York have filed for union elections with the National Labor Relations Board, with elections to begin next month, Huffington Post reports. Backed by a $25 million injection, the coffee chain has grown quickly since first opening in Brooklyn in 2020.

The Coffee, a technology-forward Brazilian startup coffee chain in the fashion of Blank Street Coffee, announced in December that it had raised $7.5 million in a recent round of investments. The company has reached an estimated value of $45 million, Bloomberg reports. The chain was founded in 2018 and focuses on millennial and Gen Z coffee drinkers who are focused on a to-go experience.

Italian coffee company Illy has partnered with  Florida-based Reliant Coffee Services to help bring the coffee to hotels, offices and auto dealerships. The partnership will provide the needed technology and support to meet consumer demand for the coffee in different locations. 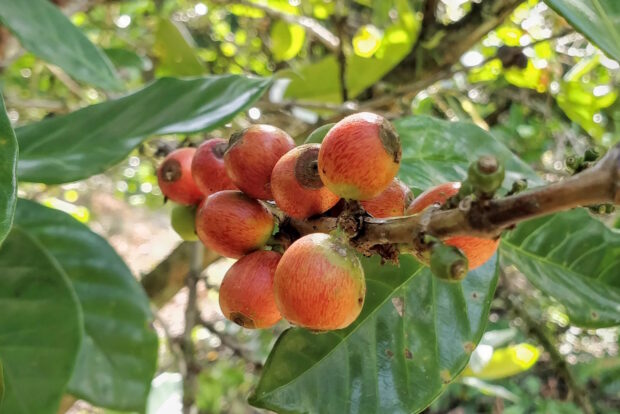 Researchers Point to Liberica as the Next Major Coffee Crop Species

Drastic disruptions in the global supply stream may soon open the door for the commercial proliferation of Coffea Liberica, a.k.a. liberica, a coffee species that has long existed in the shadows… Read more

Roast magazine is pleased to announce the return of the Roast Summit, a popular educational event for coffee roasting professionals… Read more

US Importer Osito Coffee Expands Operations Into Australia and Brazil

After launching nearly five years ago with a sibling company in Colombia, Connecticut-based green coffee trading company Osito Coffee is expanding its operations in 2023… Read more

Project Coffee Gets it Done With Sarasota Roastery Cafe

The most ambitious business project to date for Project Coffee — the opening of a 4,000-square-foot cafe and roastery in a historic building — is now complete in Sarasota… Read more

What Is a Puppuccino? (The Starbucks Secret Menu for Dogs)