Roast magazine has just announced the launch of a brand new website! Peruse feature articles, videos, and other Roast media, as well as valuable resources and products. Visit the newly redesigned website at roastmagazine.com.

Roasting company Torque Coffee has introduced a new coffee box for shipping direct to consumers. Shipments include just three items: a coffee box (with 100% recycled cardboard), a coffee bag and shipping label. The progressive coffee company revved into the coffee scene last year with a “proportional pricing” model that provides 20% of the retail price of coffee bags to producers.

A new documentary spotlights Ka’u coffee and the sugar workers whose contributions made Ka’u into a coffee region. “The History of Ka’u Coffee,” is presented by the Ka‘u Coffee Festival and Hawaii Tourism Authority. The 20-minute film, available on YouTube, features interviews with coffee growers and explores why many decided to start growing coffee when the community’s sugar plantations closed. .

Drive Coffee has been announced as the official coffee partner of the Denver Broncos in a multiyear partnership. The Denver-based coffee company was founded in 2018. The partnership involves a line of Broncos-branded coffee and coffee pods.

Online coffee marketplace COFE App and the Saudi Coffee Company have partnered to help develop the Saudi coffee industry. The partnership will make Saudi-grown beans available to users of the mobile app, expanding the reach of Saudi producers and their products. Through a $320 million investment from the state-controlled Public Investment Fund (PIF), the Saudi Coffee Company was launched last year to promote the country’s coffee industry.

The ASEAN Coffee Federation and the International Coffee Organization have signed a joint declaration to strengthen the collaboration between the two entities in regards to the ASEAN (Association of Southeast Asian Nations) coffee sector. The collaboration will involve the development of an ASEAN Regional Knowledge Hub to support different programs and investments. The ACF also last month launched the “ASEAN Flavor Sphere,” a visual coffee-cupping tool.

The International Coffee Organization released its monthly coffee report, showing a composite global coffee price increase of 0.3% from November to December, with an average of US$1.5719 per pound for the latter. The latest provisional estimate for total production in coffee year 2021/22 remains unchanged at 167.2 million 60-kilo bags, a 2.1% decrease compared to 170.83 million bags in the previous coffee year. World coffee consumption is projected to grow by 3.3% to 170.3 million bags in 2021/22,  compared to 164.9 million for coffee year 2020/21, according to the report. 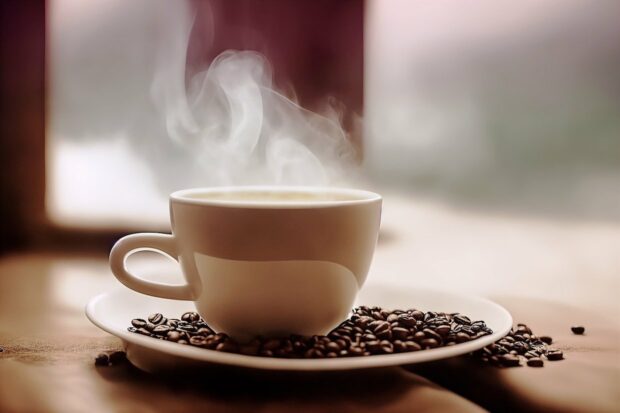 Drinking two or more cups of coffee per day may double the risk of cardiovascular disease among people with severely high blood pressure, according to new research published by the American Heart Association. The researchers also found that one cup of coffee was not associated with increased risk in cardiovascular disease… Read more

As the new year gets underway, a group of coffee educators plan to gather at The Crown: Royal Coffee Lab & Tasting Room in Oakland to illuminate potential new paths for other coffee professionals. Taking place Saturday, Jan. 14… Read more

The nonprofit Coffee Science Foundation (CSF) is partnering with Ohio State University (OSU) on a research project exploring sweetness in coffee. One of the five basic tastes — along with salty, sour, bitter and umami — sweetness is a naturally occurring taste in coffee… Read more

Japanese coffee chain % Arabica has opened its first store in Canada, inside the Yorkdale Shopping Center in Toronto. Following a roastery and cafe that opened in Brooklyn, New York, last year, the Toronto location is the specialty coffee chain’s second location… Read more

How Much Caffeine is in Mello Yello Soda? (Detailed Breakdown!)