Roberto Vélez Stepping Down as CEO of FNC

Roberto Vélez is stepping down from his role as CEO of the Colombian Coffee Growers Federation (FNC). Vélez was appointed to the organization’s top position in 2015 and presented historic results at a recent congress. The National Congress of Coffee Growers will select a successor in the coming months.

The London Coffee Festival will be held at the Truman Brewery on April 20-23, and early-bird tickets are now on sale. The event features more than 250 coffee and food stalls, as well as workshops, tastings and art exhibitions.

Bad Ass Coffee of Hawaii has announced the signing of a 10-unit agreement in Houston and Galveston with RPC Ventures, led by Kyle Price and Heath Rushing, executives in a Houston hospital system. Bad Ass Coffee of Hawaii is growing in Texas, with a North Dallas location set to open in 2023 and more Dallas locations on the way. The chain also recently signed a 20-unit deal for new shops in the Florida Gulf Coast region.

Texas-based Ezra Coffee is now available in more than 40 H-E-B locations and at Target.com. The specialty coffee brand is founded by Jessica Taylor, and each of the brand’s blends is inspired by African American and BIPOC figures, culture and history.

Torani Announces 2023 Flavor of the Year

Flavor company Torani has announced Toasted Black Sesame as its 2023 Pourcast Flavor of the Year. The flavor is now part of the brand’s collection of more than 150 syrups and sauces. Last year’s chosen flavor was Salted Egg Yolk.

The Coffee Technicians Guild has announced the names of five professionals who will be joining its leadership council. The new members are Shad Baiz, Philipp Mayr, Nate Hull, Brady Butler and Anastasia Chovan. The CTG is a guild of the Specialty Coffee Association. Its 2022 summit took place in November in Italy.

Marie Franklin has been promoted to senior vice president of sales and marketing at NuZee Inc. Franklin’s work with the single-serve coffee producer and co-packer follows other roles in the industry, including being the development director for Caffè Umbria.

Global Coffee Consumption Likely to Climb Only 1 or 2%, ICO Says

New Orleans-based coffee brand PJ’s Coffee has added four student-athletes to its “Active Roster,” RestaurantNews.com reports. The students — Sierra Ballard and Latanna Stone of LSU, Messiah Bright of TCU and Karleen Bedre of the University of Louisiana — will use their social media platforms to share information about PJ’s Coffee menu items. 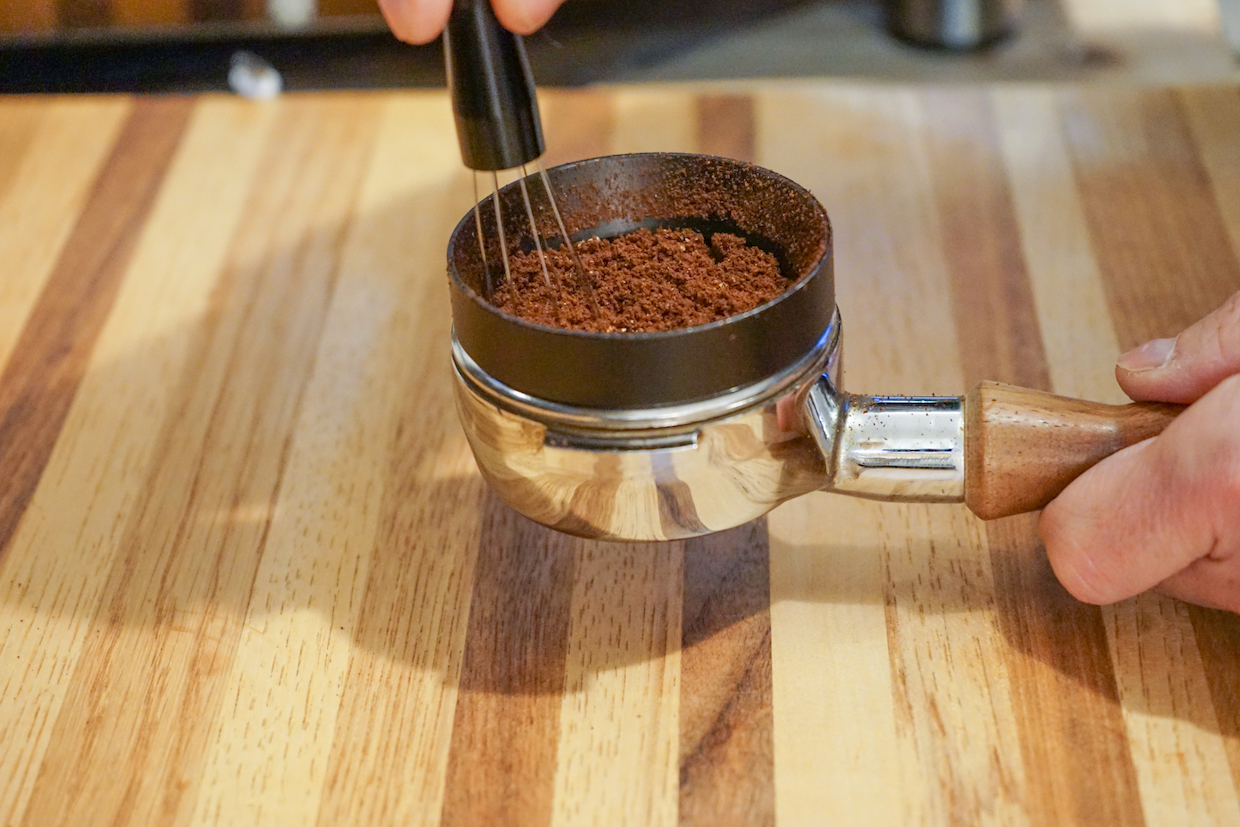 What is WDT in Espresso? We Talked to Its Creator, John Weiss

Along with the recent boom in home espresso preparation has come an associated flood of accessories to support the craft, including many variations of something called a WDT tool. WDT stands for Weiss Distribution Technique, an espresso preparation technique attributed to retired computer scientist and biochemistry PhD John Weiss… Read more

Drinking coffee may reduce hip fractures in middle-aged and older women, according to a large new observational study in the UK. The coffee-fueled dip in hip fracture incidence among the 26,000+ women studied was described by the authors as a surprise… Read more

Part of an unprecedented federal investment into climate-focused activities in the agriculture sector of the United States and its territories, a $15 million project focused on coffee production in Puerto Rico is expected to launch next year… Read more

The ASEAN Coffee Federation (ACF) has launched the “ASEAN Flavour Sphere,” a visual tool for use during coffee cupping that is designed to reflect and promote Southeast Asian coffees. The Flavour Sphere is an obvious counterpoint to the Coffee Taster’s Flavor Wheel… Read more

What Is Starbucks Classic Syrup? With Recipe!

These Are the Best Coffee Drinks from Around the World