The Innovea breeding factory site, located at CATIE. A breeding population of 1,000 genetically unique trees will be planted here in spring 2023. Photo courtesy of WCR.

With funding from more than 200 members in WCR’s membership network, the long-term collaborative program is designed to accelerate the pace of genetic improvement in coffee as the sector confronts existential threats posed by climate change.

“This is the most important program WCR has ever launched, and it builds on nearly all of the last 10 years of our learning and doing,” WCR Strategy and Communications Director Hanna Neuschwander told DCN via email.

The launch announcement took place today at the annual Sintercafe expo in Costa Rica, one of the network’s initial participating countries alongside India, Indonesia, Kenya, Mexico, Peru, Rwanda, Uganda and the United States.

According to an announcement from Unites States-based WCR accompanying the launch, a goal of the Innovea network is to bring forth improved coffee varieties that are more productive, more climate resilient, better tasting and more genetically diverse than currently available coffee varieties. The group said that “multiple countries will have a basket of improved varieties” within the next two decades.

These attributes are sought after, if not necessary for coffee’s long-term survival, given arabica coffee’s troubling lack of genetic diversity, ongoing battles against crop-killing pests and diseases, and steadily increasing global demand — all under the spectre of climate change.

“Coffee faces a crisis of innovation that makes the industry’s sustainability, quality, and supply assurance goals impossible to achieve if we stay on the path we are on,” WCR CEO Dr. Jennifer (Vern) Long said in today’s announcement. “But as we have seen with Covid-19, incredible solutions to urgent, global problems are made possible with scientific collaboration.” 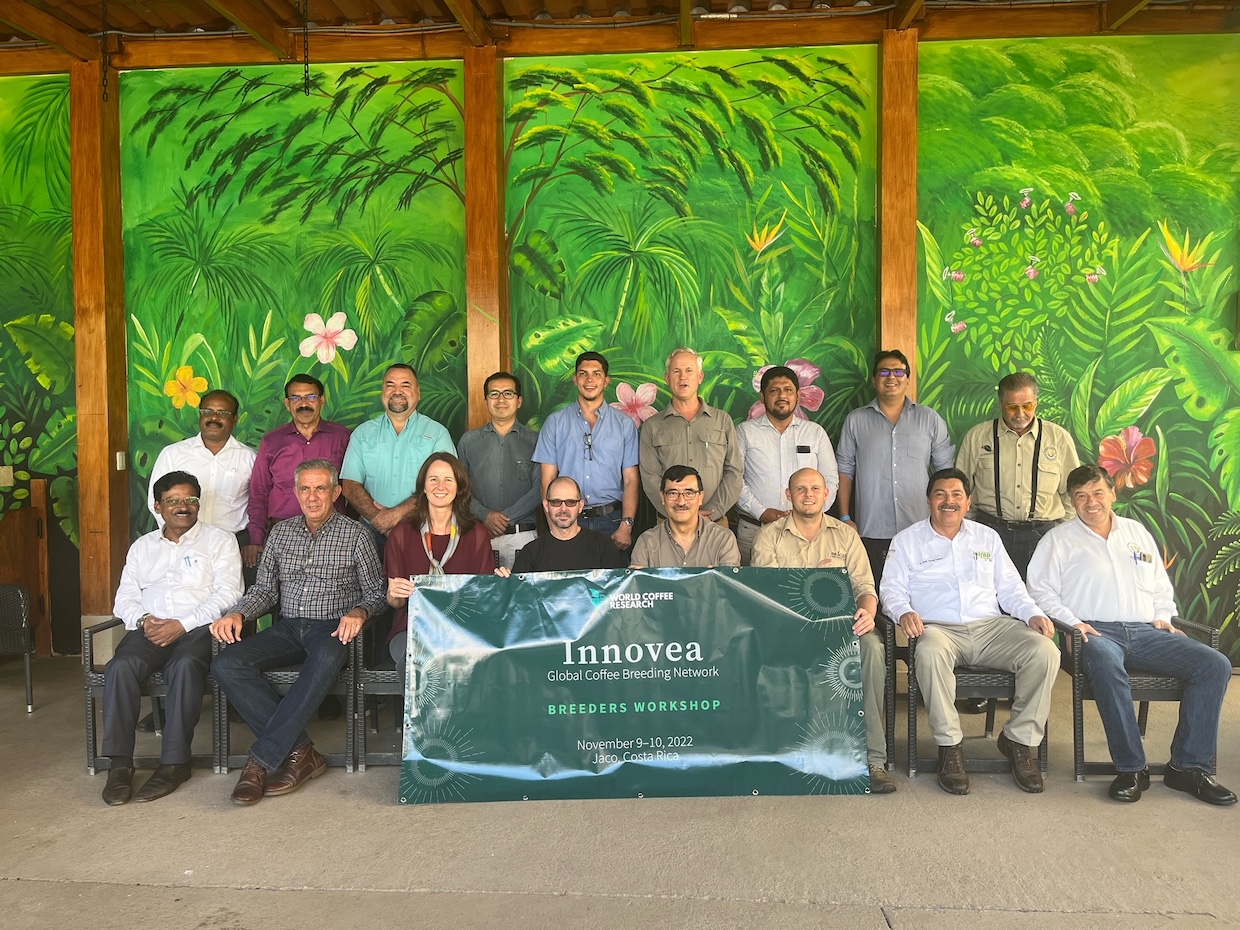 According to WCR, the global breeding program will create new and improved breeding populations that participating countries can use without restriction.

“Because coffee is a tree crop, the breeding process can take anywhere from 10 to 30 years for finished variety development, depending on the breeding approach used,” the group stated today. “After that, new varieties can be released in a country as often as every 3-5 years.”

WCR and some partnering organizations have been signaling the launch of a global breeding program for more than a year.

A noncompetitive coffee breeding program of this broad a scale has not existed since the 1960s, according to WCR, which noted the work of Portugal’s Centro de Investigação das Ferrugens do Cafeeiro (CIFC). Combatting coffee leaf rust, a threat that continues in coffee today, that group’s work laid the basis for the next half a century of plant breeding and selection.

Yet today, coffee faces a wide variety of well-documented threats, including changes in seasonal weather patterns, continued deforestation and monocrop agriculture practices, and new variants of pests and diseases such as rust.

“Accelerating the development of better varieties is absolutely essential for tackling climate change,” says Dr. Long. “We have to do it and we have to start today. If we don’t, in 20 years, farmers will have left coffee for more productive crops and we will be left drinking synthetic coffee.”

For Those With High Blood Pressure, Two Cups Of Coffee Might Be Too Much