Heifer Impact Capital, a farmer-focused financier associated with the nonprofit Heifer International, has closed a loan to Pachamama Coffee Cooperative (PCC) to support the group’s growing United States retail footprint. With U.S. operations based in Sacramento, California, Pachamama is collectively owned by five coffee-producing cooperatives. The amount of the loan was not disclosed.

A on open letter on the Instagram account of German specialty coffee roasting company Suedhang has been gaining traction among some competitive baristas. The letter calls for the Specialty Coffee Association to end the use of cows milk as a compulsory ingredient. It states, “The rules are contrary to our ethical compass: they discriminate against people with vegan diets, give a false image of the barista profession, humiliatingly force participants to work with animal products on a public stage and imply a huge waste of resources.[sic.]”

Westrock Coffee Company officials gathered on Nov. 9 for a groundbreaking ceremony for the Little Rock, Arkansas-based coffee giant’s roasting and ready-to-drink manufacturing and packaging facility in the nearby city of Conway. The facility will be one of eight Westrock production sites globally.

As part of its ongoing COP27 coverage, Reuters has published a piece outlining efforts in the hills of Mount Gorogonsa in Mozambique involving the planting of climate-resilient coffee plants alongside indigenous trees to promote reforestation and sustainable economic development. The project is being led by Gorogonsa National Park. Nespresso signed an MOU to help develop the regional coffee sector in 2020.

Vancouver, B.C.-based Swiss Water Decaffeinated Coffee has announced the expansion of its credit availability to $33.25 million, including $21.25 million of expanded revolving credit capacity and $12 million of incremental senior term financing. The increased capacity from lenders comes amidst higher green coffee prices and as the company builds a second new factory in Delta, B.C. The company also announced that Justin Jacobs, the managing director of a lender involved in the deal, Mill Road, has been appointed to the Swiss Water board of directors.

The International Coffee Organization has released its monthly coffee market report this week, showing a composite price drop of 10.6% from September to October. The median price in October was 18.1% higher than 2021. See the full report.

The German Coffee Association is hosting the inaugural International Virtual Congress on Coffee Capsules, an online event taking place Nov. 17-18. The event includes 11 speakers on a range of topics regarding the growing single-use coffee capsule industry.

New Zealand-based roasting company Peoples Coffee has turned to the crowd in an attempt to raise at least NZ$500,000 (US$295,000) to fund roastery upgrades, including a new roasting machine and other packing machinery. As of this writing, the campaign had raised just over US$170,000.

San Diego-based coffee vending machine company VendiBean has announced nationwide expansion that includes office clients such as HP, Buzzfeed, Puma and WingStop. The company was created in 2016 by the sister and brother team of Teal and Tristan Cooper. 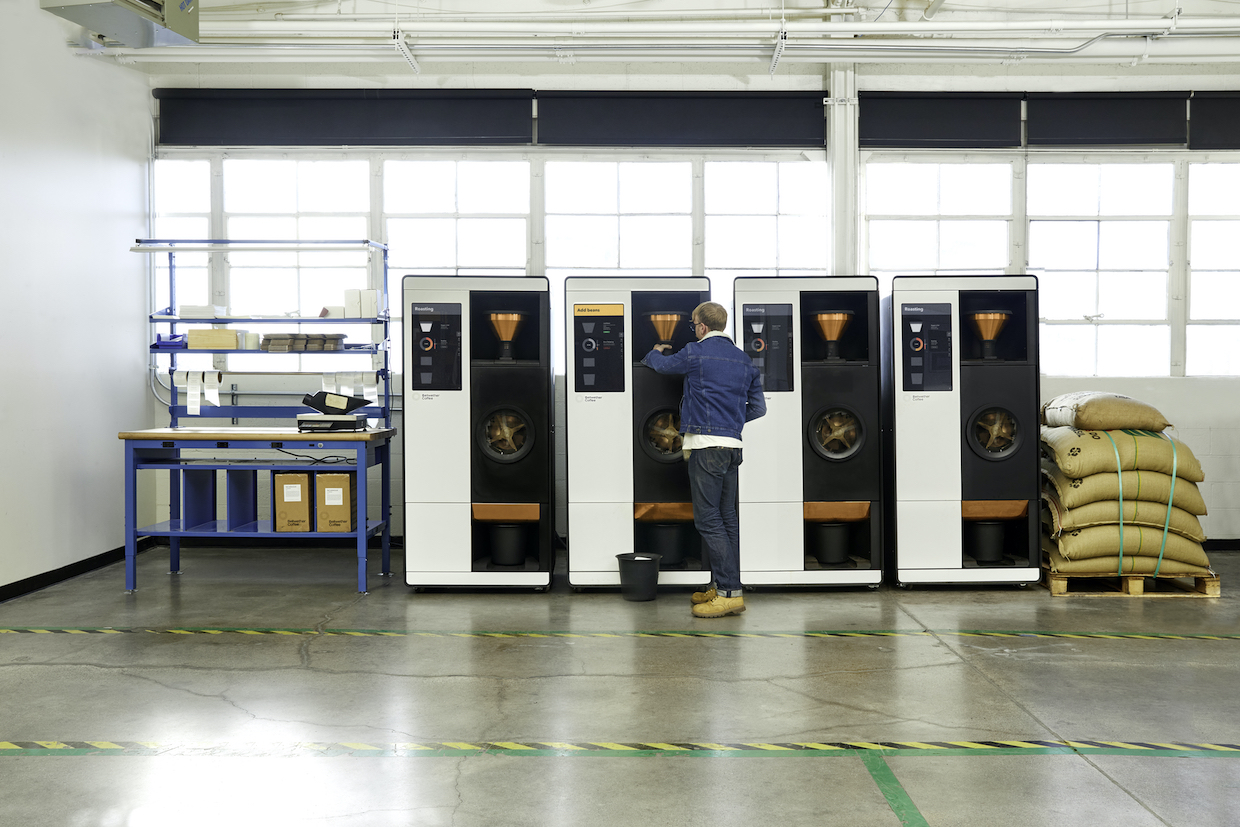 A four-unit Bellwether Hub, in which one interface can control roasts involving multiple machines. Photo courtesy of Bellwether.

As world leaders meet this week in Egypt for the COP27 climate conference, the Specialty Coffee Association is bringing to light its recent report outlining what coffee organizations might do to address their carbon footprints… Read more

Beans stemming back to a coffee farm in Jinotega, Nicaragua, are now freshly roasted and brewed in downtown Orlando, Florida, at the colorful roastery cafe of Stemma Craft Coffee… Read more

The Ryze Collective Co-Roastery Lifts All in the Hudson Valley

Housed in a building down the street from Peekskill, New York-based specialty coffee institution Peekskill Coffee, Ryze Collective offers the equipment and space to fill a variety of needs for emerging roasting businesses… Read more

How Much Caffeine in Caribou Bousted Sparkling Water? What to Know!