Coffee may be a major casualty of a hotter planet. Even if currently declared commitments to reduce emissions are met, our new research suggests coffee production will still rapidly decline in countries accounting for 75% of the world’s Arabica coffee supply.

Arabica coffee (Coffea arabica) is one of two main plant species we harvest coffee beans from. The plant evolved in the high-altitude tropics of Ethiopia, and is hypersensitive to changes in the climate.

Our research shows there are global warming thresholds beyond which Arabica coffee production plummets. This isn’t just bad news for coffee lovers — coffee is a multi-billion dollar industry supporting millions of farmers, most in developing countries.

If we manage to keep global warming below 2℃ this century, then producers responsible for most global Arabica supply will have more time to adapt. If we don’t, we could see crashes in Arabica productivity, interruptions to supply, and price hikes on our daily cup.

Where Our Coffee Comes From

Most of our Arabica is grown in the tropics, throughout Latin America, Central and East Africa and parts of Asia. Brazil, Colombia and Ethiopia are the world’s top three producers of Arabica, and the crop has crucial social and economic importance elsewhere, too.

Millions of farmers, mostly in the developing world, depend on productive Arabica for their livelihood. If coffee productivity declines, the economic consequences for farmers, some of which do not earn a living income as it is, are dire. 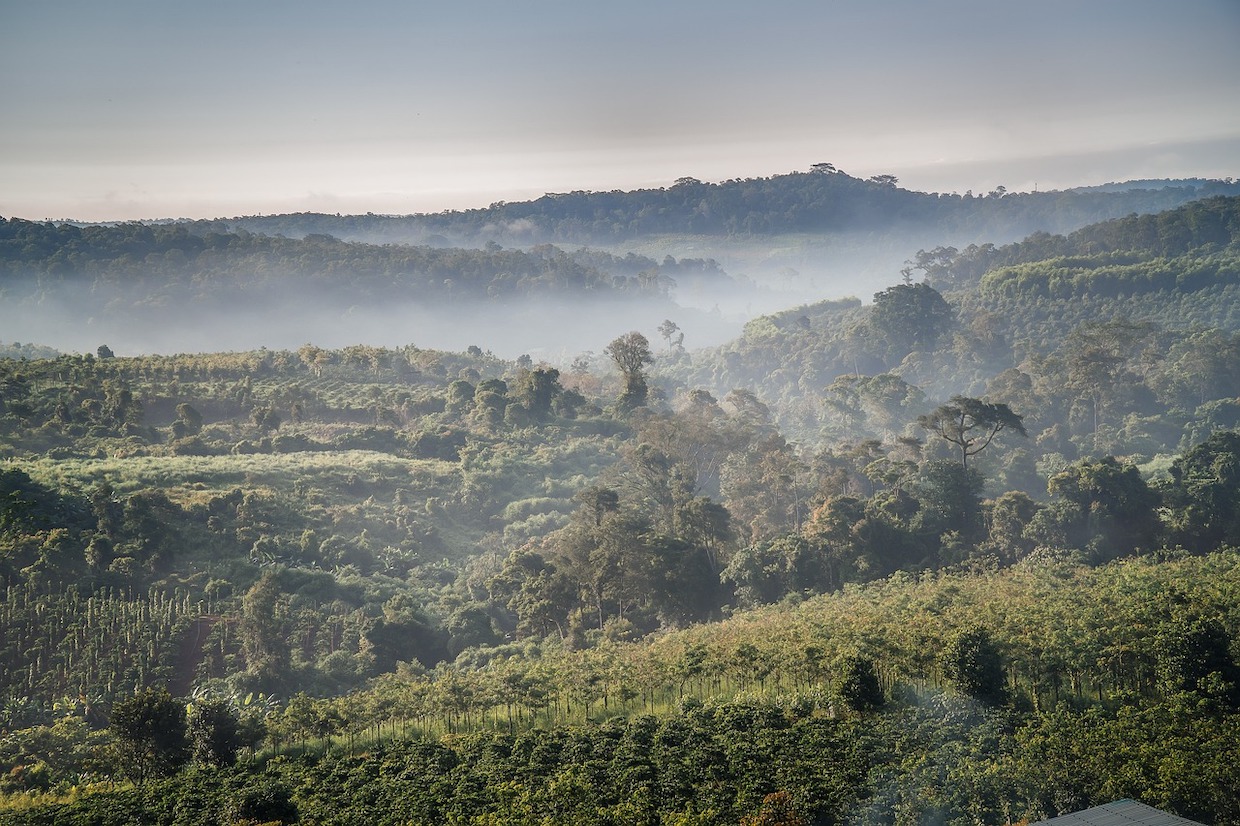 Arabica coffee is typically most productive in cool high elevation tropical areas with a local annual temperature of 18-23℃. Higher temperatures and drier conditions invariably lead to declines in yield.

Last year, for example, one of the worst droughts in Brazil’s history saw coffee production there drop by around one-third, with global coffee prices spiking as a result.

We built scientific models based on climate data that was linked to decades of coffee productivity data across the most important Arabica producing countries. We found once vapor pressure deficit gets to a critical point, then Arabica coffee yields fall sharply.

This critical point, we found, is 0.82 kilopascals (a unit of pressure, calculated from temperature and humidity). After this point, Arabica yields start falling fast — a loss of around 400 kilograms per hectare, which is 50% lower than the long-term global average.

Vapor pressure deficit thresholds have already been exceeded in Kenya, Mexico and Tanzania.

Unabated global warming will see the world’s coffee producing powerhouses at risk. If global warming temperatures increase from 2℃ to 3℃, then Peru, Honduras, Venezuela, Ethiopia, Nicaragua, Colombia and Brazil – together accounting for 81% of global supply – are much more likely to pass the vapor pressure deficit threshold.

What Can We Do About It?

While there are ways farmers and the coffee industry can adapt, the viability of applying these on a global scale is highly uncertain.

For example, irrigating coffee crops could be an option, but this costs money – money many coffee farmers in developing countries don’t have. What’s more, it may not always be effective as high vapor pressure deficits can still inflict damage, even in well-watered conditions.

Another option could be switching to other coffee species. But again, this is fraught. For example, robusta coffee (Coffea canephora) — the other main species of production coffee — is also sensitive to temperature rises. Others, such as Coffea stenophylla and Coffea liberica could be tested, but their production viability at large scales under climate change is unknown.

There is only so much adapting we can do. Our research provides further impetus, if we needed any, to cut net global greenhouse gas emissions.

Limiting global warming in accordance with the Paris Agreement is our best option to ensure we can all keep enjoying coffee. More importantly, keeping global warming below 2℃ is the best way to ensure the millions of vulnerable farmers who grow coffee globally have a livelihood that supports them and their families well into the future.

[Note: This article is republished from The Conversation under a Creative Commons — Attribution/No derivatives license. Read the original article here. Any statements or opinions expressed belong solely to the authors and do not necessarily reflect the views of Daily Coffee News or its management.]